PWN is global, created in Europe, and extending its borders to Brazil (Sao Paulo), Malaysia (Kuala Lumpur), a number of 24 locations worldwide.

The concept arose about one year ago from the Paris Events Team when Corinne Albert shared the idea of creating more direct relationships with the other cities networks. We are global, but still acting in our own location. Let’s make more of this lively international environment.

The additional goal is to strengthen the connections between the PWN Paris members : a few days abroad create more time and space to exchange for personal and professional interests.

So began the adventure of the “PWN Paris City Tour Trip”.

With enthusiasm, I grasped this idea, having in mind Scandinavia and German-speaking countries.

Earlier in November 2017, a first communication was set with Simona Rusu-Beschia, co-president of PWN Vienna, and Serena Giacomin, in charge of Social Events who coordinated the organisation of our trip. We very quickly agreed to meet in Vienna.

Already when starting on the organisation of this trip, we were surprised to be connected with a very international group, few native ladies from Austria.

Simona, originally from Romania and spent time in Québec where she studied at the Mc Gill University in Montréal, and Serena is from Venice, Italy.

On the same page, the French women who expressed their interest to discover members in Austria, were also characterized by an international open-mind with experience in international companies, also coming from countries outside Europe, such as Sarah Angele, recently member of PWN Paris, specialized in IT and Project management, as well as Ramani Chetty, from South Africa, living in Aix-en-Provence and who set up her company on the financial area.

When arriving on May 25th, a special bag was waiting for us at the hotel, including nicely prepared gifts by PWN Vienna : a city map, a note book, special Vienna cakes, the PWN Vienna magazine.

These two meetings were opportunities for members to present their background, adventures in Vienna, reasons to come and settle down in this city for a while, often after other international experiences in different cities.

As member of PWN Paris, we introduce ourselves and expressed a clear desire to make new contacts, personal and / or professional, and expand our working connections.

The organisation of these two events took time and required personal involvement from PWN Vienna members. It also created attractiveness for this network, as several women living in Vienna,  joined to learn more about the PWN network.

We were specially moved and thrilled to listen to some personal stories, as testimonies of life’s  challenges, of our ability to create change inside us, in order to grasp new opportunities and build new and more suitable roads in our personal, social and professional environments.

Learning from each other, recognizing ourselves in each of us… Whatever the country we come from.

The support between each other in these times of changes is a strength and PWN Vienna  definitely demonstrates ability there.

Let’s here highlight some of the women we met : 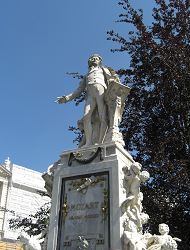 This was also the time of changes in the Vienna board : Simona and Gisela transferred the lead to   Claudia Cordie, from Italy, and Karin Schreiner from Austria who we also met during this week-end.

For sure, we know that links are now set with the ladies of Vienna. Simona and Ludmila also came to visit PWN Paris for the Congress day on June 12.

Many thanks to all these groups in France and Austria who believe in this City Tour Trip.  The dynamic of the network is grounded, it is worth to nourish it, remain constantly opened to the diversity which creates its strength.

We already look forward to the next adventures with cities in France, probably Nice Côte d’Azur for the next autumn,  and also in Europe, such as Madrid, Bruxelles, or Munich.

Our colleagues from PWN Vienna join us for this article :
“On behalf of ourselves and PWN Vienna participants we want to say a “Grand Merci” to PWN Paris Event team for bringing to us this wonderful initiative!
We fully agree with Virginie: our exchange and our sharing to get to know each other was so enriching and energizing. It stands as proof of how PWN could bring us together from different corners of our global network to spend an extremely enjoyable time.
We took such great pleasure in organizing this event and in welcoming you all in the beautiful city of Vienna.
We are looking forward to meeting you again to the next destination, and to meet new PWN members who will want to enjoy our imperial capital!
Thank you for making a difference with the City Tour Trips! “
Simona and Serena

You are already logged in, Please logout and continue

Click here to find the city network closest to you and become a premium member.